1/2 hour single camera youth drama. It’s the longest running Canadian drama on TV. It’s won a Peabody, two Daytime Emmys, numerous Geminis and Canadian Screen Awards and many, many others. It’s been a training  ground for countless actors, writers, directors and crew. Myself included.  I’ve been with it since the start,  first photographing the early years and now directing it. 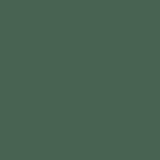